Sources of Iron in Foods 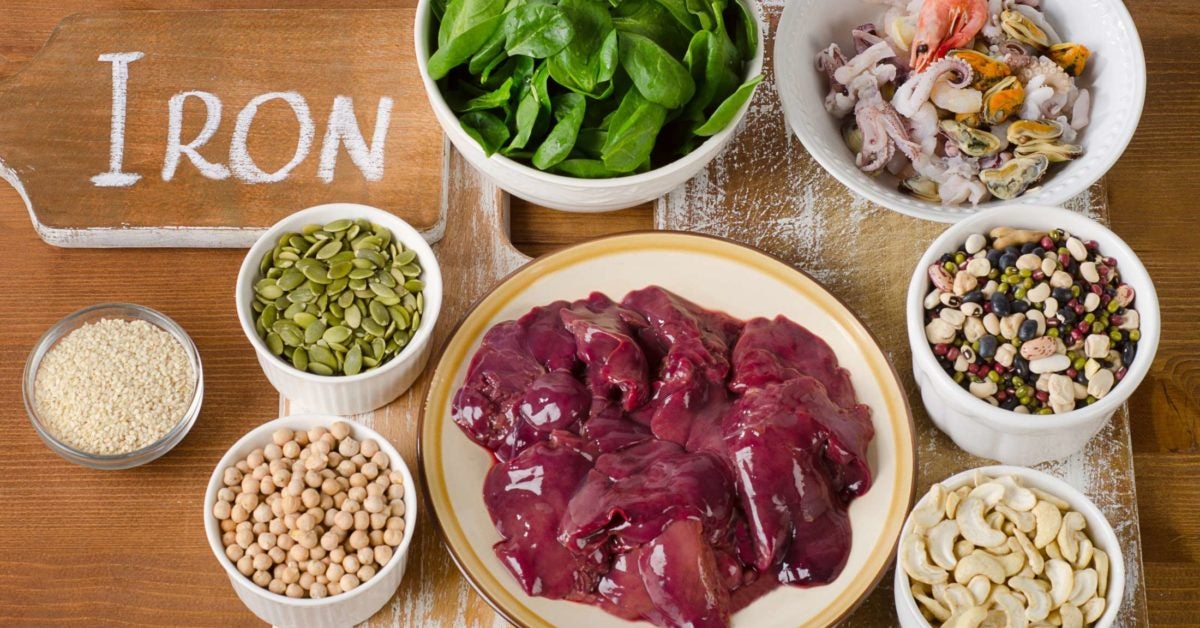 Feeling tired all the time?

Iron is required for the production of haemoglobin, a component of red blood cells that works as a transporter for oxygen and carbon dioxide.

It absorbs oxygen in the lungs, transports it through the bloodstream, and deposits it in tissues like as the skin and muscles. It then gathers up carbon dioxide and transports it to the lungs, where it is expelled.

Watch this video to find out why iron is so important for our bodies.

A lack of iron

If the body does not absorb enough iron, it becomes iron deficient. Symptoms arise only when iron shortage has developed to iron deficiency anaemia, a condition in which the body's iron levels are so low that not enough regular red blood cells can be produced to efficiently carry oxygen. Iron deficiency is the major cause of anaemia in the United States and is one of the most frequent nutritional deficiencies.

Among the symptoms are:


Sources of iron in foods

The body absorbs two to three times as much iron from animal foods as it does from plant sources. The following are some of the finest animal sources of iron:

Although plants absorb less iron, every bite matters, and adding a source of vitamin C to vegetarian iron sources will improve absorption. The following are some of the greatest plant sources of iron:

The following groups are more likely to acquire iron deficiency:


Young Children: For the first six months of life, babies accumulate enough iron. Their iron requirements grow after six months. Breast milk and iron-fortified baby formula can supplement the iron that foods do not provide.

Cow's milk is an iron-deficient food. When youngsters consume an excessive amount of milk, they push out other nutrients and may develop "milk anaemia." The American Academy of Pediatrics recommends avoiding cow's milk until the child is one year old, after which it should be limited to no more than four cups per day.

Adolescent Girls: Adolescent girls are at danger due to their sometimes erratic or restricted diets, as well as their rapid growth.

Women of Childbearing Age: Iron insufficiency can occur in women who have abnormally heavy menstrual cycles.

How Can I Avoid Iron Deficiency?

To avoid iron deficiency, eat a well-balanced, healthful diet rich in iron-rich foods. In the same meal, combine vegetarian iron sources with vitamin C. For instance, a salad of bell peppers and beans, spinach with lemon juice, or fortified cereal and berries.

If iron deficiency treatment is required, a healthcare provider will check iron levels and identify the best course of action, which may include dietary adjustments or supplementation. 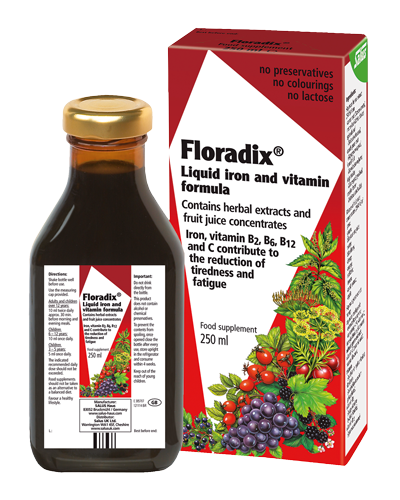 One of our favourite iron supplement is Floradix. This is organic iron from ferrous gluconate, vitamins B1, B2, B6, B12, and C are all found in Floradix.

Iron, vitamins B2, B6, B12, and C all help to reduce exhaustion and fatigue while maintaining a regular energy-yielding metabolism.

Iron also helps to build proper red blood cells (with the help of vitamins B6 and B12) and haemoglobin. Vitamin C also aids in the absorption of iron.

Floradix liquid contains iron in the form of ferrous gluconate, which is easily absorbed. Floradix is simple to use and helps to maintain iron balance as well as vitamins B1, B2, B6, B12, and C.

In comparison to pills, these nutrients are absorbed more quickly by the digestive system because they are already dissolved.

Floradix has a pleasant flavour thanks to the addition of chosen herbs and numerous fruit juice concentrates.

Floradix is free of alcohol, preservatives, dyes, and artificial flavours. It is lactose-free and vegetarian-friendly.

Floradix is especially advantageous to pregnant and breastfeeding mothers, children, teenagers, the elderly, convalescents, vegetarians, and those who lead an active lifestyle.

Why not give this powerful supplement a try and let us know how it worked (or did not work for you,)