by Yum Yum Mama Team June 17, 2021
As an Amazon Associate we earn from qualifying purchases 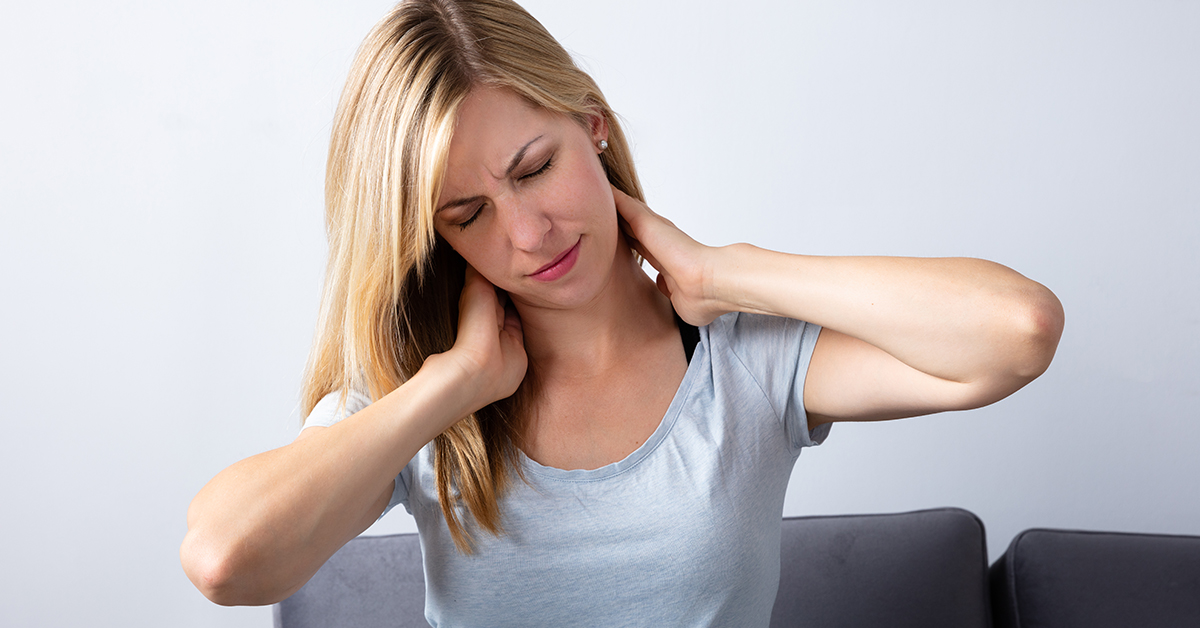 A stiff neck is characterised by pain and difficulty moving the neck, particularly when turning the head to the side. A headache, neck pain, shoulder pain, and/or arm pain may also accompany it.

To gaze sideways or over one's shoulder, a person may need to turn the full body rather than just the stiff neck.

Most people are familiar with the discomfort and suffering of a stiff neck, whether it appeared when they woke up one morning or developed later in the day after some rigorous action, such as moving furniture. In most situations, pain and stiffness resolve on their own within a week.

However, how a person manages and cares for stiff neck symptoms can alter pain levels, healing time, and the likelihood of recurrence.

If symptoms appear straight quickly, such as after falling during an athletic event, the source of the stiff neck may be clear. However, if a stiff neck appears out of nowhere, it may be difficult to determine the actual cause.

Neck stiffness can be caused by an underlying problem of the cervical spine, which supports and moves the neck as well as protects the spinal cord. Several cervical spine abnormalities that can produce painful spasms or tightening of neck muscles include:

A herniated disc in the cervical spine. The protective outer layer of a cervical spine disc degrades, allowing the interior portion to leak out, causing compression and irritation in adjacent tissues.

Osteoarthritis of the cervical spine. Arthritic breakdown of the cervical facet joints between vertebral bones is common in the presence of other degenerative disorders, such as spinal stenosis, and morphological alterations, such as bone spurs.

This is not an exhaustive list of conditions that can result in a stiff neck. While uncommon, there are a few alternative possibilities, such as an infection or tumour.

Symptoms of a Stiff Neck

A stiff neck can range in severity from bothersome discomfort to highly painful, acute, and restrictive. Attempting to turn a stiff neck to a specific side or direction usually results in so much agony that the motion must be stopped.

The degree of reduction in neck motion can have an impact on an individual's level of activity. Driving, for example, should be avoided until symptoms resolve if the head cannot be rotated sufficiently in one direction without extreme discomfort.

Taking it easy for a day or two is sometimes all that is required to allow the soft tissues of the neck to heal. In severe cases of pain, an individual may wish to take an over-the-counter pain reliever or employ ice and/or heat therapy.

It is not recommended to use a cervical collar to immobilise a stiff neck. Instead, a person with a stiff neck should aim to maintain normal activity levels as much as possible, especially after the first day or two.

Why not try a neck massager?

You can try this neck massager in the convenience of your own home or office?

This shiatsu massager has 8 deep-kneading rotating nodes that simulate a true human hand massage. It works wonderfully to provide you with a massage that is both pleasurable and relaxing. All you have to do is sit down, hit the 'On' button, and relax with your personal massage.

When Should You See a Doctor for a Stiff Neck?

If a stiff neck does not better within a week, it should be evaluated by a doctor. Furthermore, regardless of how long it has been present, a stiff neck accompanied by any red flag symptoms—such as a fever, headache, nausea or vomiting, or unexplained sleepiness—should be seen by a medical practitioner right once.

Are there serious consequences to what vitamin D deficiency causes? There are simple remedies to this medical problem to
Read More

Sources of Iron in Foods

Learn about the best sources of iron for women, tips on how to eat healthy foods with high amounts of iron, and what hap
Read More
Back to Yum Yum Mama Blog
Use left/right arrows to navigate the slideshow or swipe left/right if using a mobile device
Web Stories